34-year-old Rosemary from Kerala was a housewife for many years, until one day, she decided to open a fancy shop of her own. She managed to start her shop, ‘Rosarium’, in the town nearby. However, running the shop was not a very easy task for someone who was very new to business. Most of the items in the shop were to be purchased from Ernakulam, Thrissur and even out of the state, from places like Mumbai.

“It was very hard in the beginning. I had already invested all the money I had, to open the shop. But, I was very sure that the shop would not get through unless I brought in new and trending items. I was lucky enough that God brought in front of me, VisionFund India, operating as IMPACT, staff,” says Rosemary. She received micro-credits of INR 15,000, 20,000 and 30,000 in four different phases from IMPACT. Now, Rosarium is one of the popular shops in Nedumkandam. 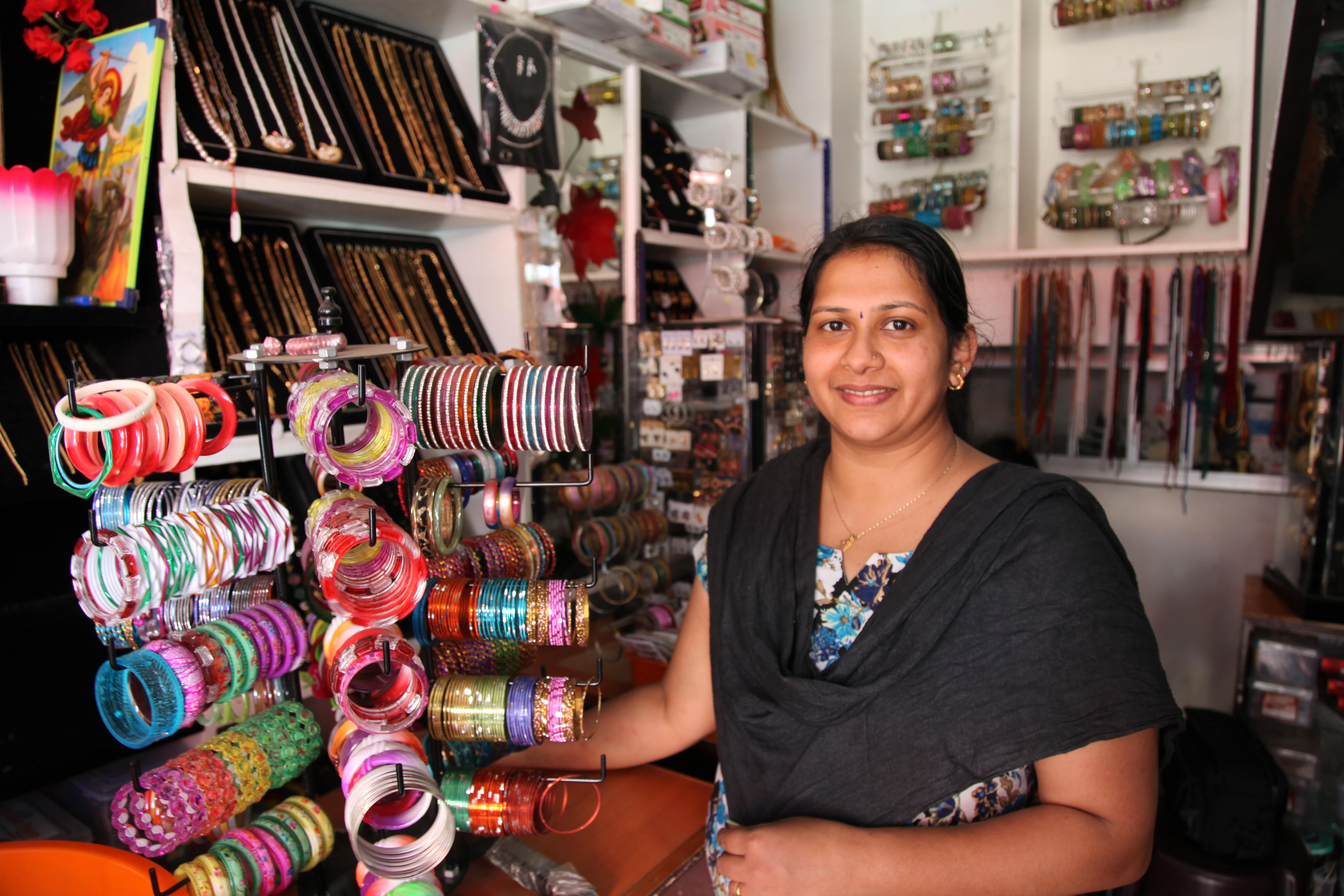 “We like coming to Rosarium. Be it any model of bangles or earrings we have in mind, Rosemary will have it here,” said Priya, a customer. It is not only fancy items, Rosemary also has salwar materials, footwear, tailoring materials as well as gold-covering ornaments. Though the shop is located in a very small room, she has arranged everything perfectly, making best use of the available space. Rosemary has also learned jewelry making after she attended a short-term course. She now makes elegant earrings, necklaces, anklets and bracelets according to the orders she receives.

“I get sales of up to INR 30,000 a month. The business has been very profitable. I am really thankful to IMPACT for helping me on the right time,” says a contented Rosemary. With her new earnings, she bought three cows and now her family does not need to buy milk, as they get enough for their household needs. They also have some land where they cultivate rubber and other cash crops.

Rosemary’s husband Santosh also owns a business in the nearby fish market. Their children Luz Maria (12) and Lin Joseph (9) study in a school nearby. Both of them join their mother at the shop after school. Lin is a playful little boy who wants to be a scientist someday. He studies in the fifth grade and is active in sports. Luz, however, likes making jewelry with her mother. She studies in the eighth grade. She dreams of becoming a teacher.

It has been five years since Rosemary opened her shop. She has almost repaid the all loans she took. Now, she is planning to shift the shop to a bigger space. The shop is not only an additional source of income for her, but also a chance to be self-reliant and empowered.