VisionFund India, operating as IMPACT, staff were merrily greeted at the newly painted house. It was little Angel Maria’s home. At four years old, she is very active and chirpy. She took our staff to see the baby calf she is very fond of and showed us around the house.

Angel’s mother Anu, 25, received loans twice from IMPACT, with which they bought two cows. Their family of seven, including Angel’s grandparents, parents, nephew and niece, had been surviving only on the income from the patch of land around their house. Her grandfather and father also go and look for painting work. After they bought the cows however, they have been earning a better income. “Even though looking after the cows is a strenuous job, our lives have been better with the extra income we earn from it,” says Anu. 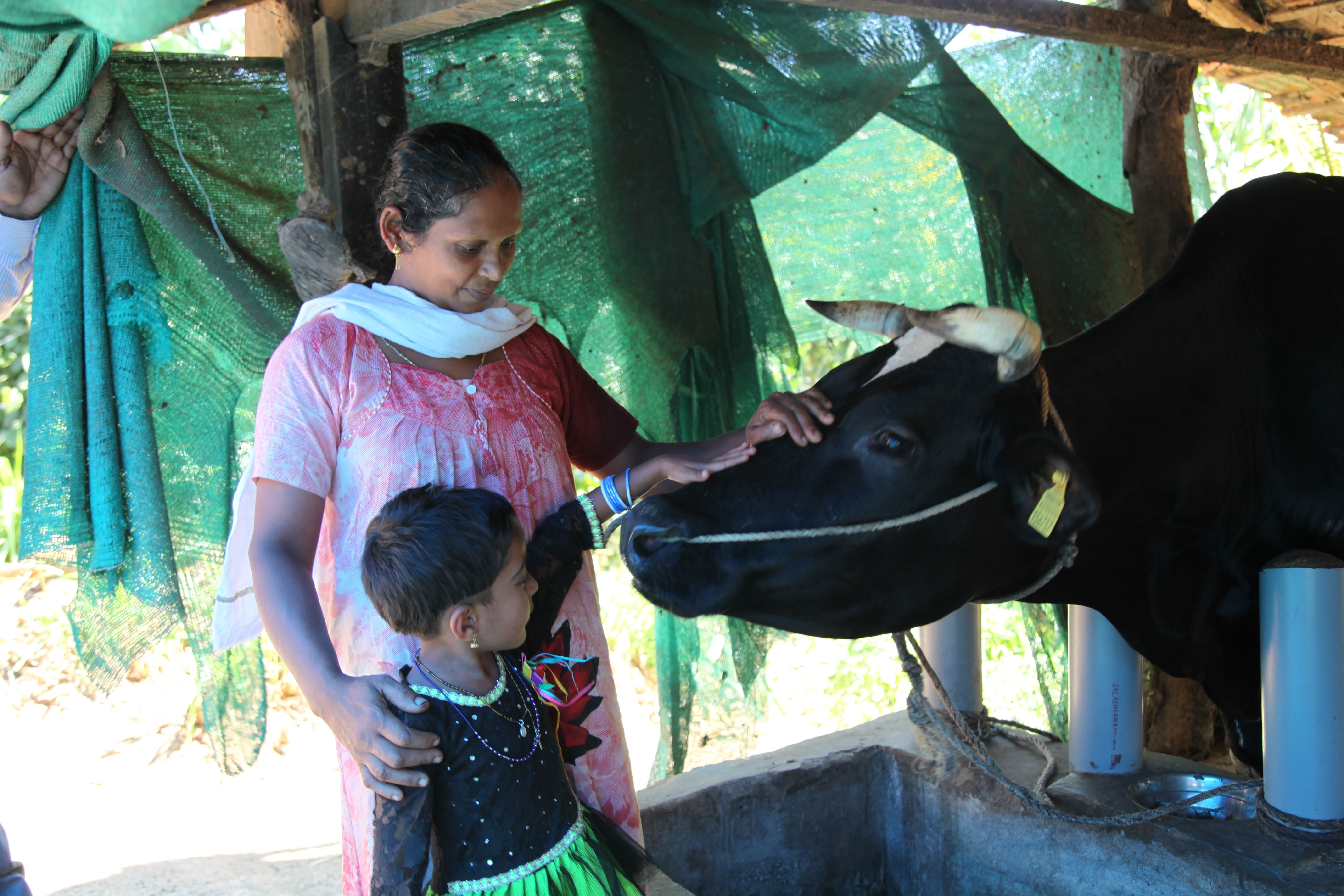 Now, the family has four cows and a calf. They have sold two calves too. They sell up to 60 litres of milk a day at the rate of INR 38 per litre. However, a good portion of the money has to be invested for the fodder and other unexpected medical expenses of the cattle. “Even though we have other expenses, cattle rearing is still profitable, as cow dung is a good organic manure for our agriculture. We sell dried cow dung once a year. We get a good amount from that too as it is on high demand here. We have also sold two calves at the rate of around INR 20,000 for one,” says Rajani, Angel’s grandmother.

Angel is very fond of the cows. She has named her favourite ones Maalu and Paaru. She helps her mother to give them fodder and grass. She also loves to watch them being bathed. She goes to a nearby Anganwadi, or child-care centre. Recently she has become a big sister to the family’s new six-month-old baby. She is waiting for her to grow up so she can play with her.

Angel’s family has been receiving IMPACT assistance for the last five years. “I am hopeful of supporting my children’s education with the new earning I have. We have plans of starting a cattle farm. We need to build a better shed and have other facilities for that. We hope to do it when we get the next loan,” says Anu.