Bulgaa is a mother of six and now lives with her daughter, two grandchildren and her mother in Darkhan city, Mongolia. Initially, she had two cows for her mother to have milk tea, but since taking a loan with VisionFund, she now has 20 cows which forms her daily business income. She prepares dairy products and sells them to her neighbors. During the summertime, she also prepares frozen yogurts and sells them to a nearby grocery store. 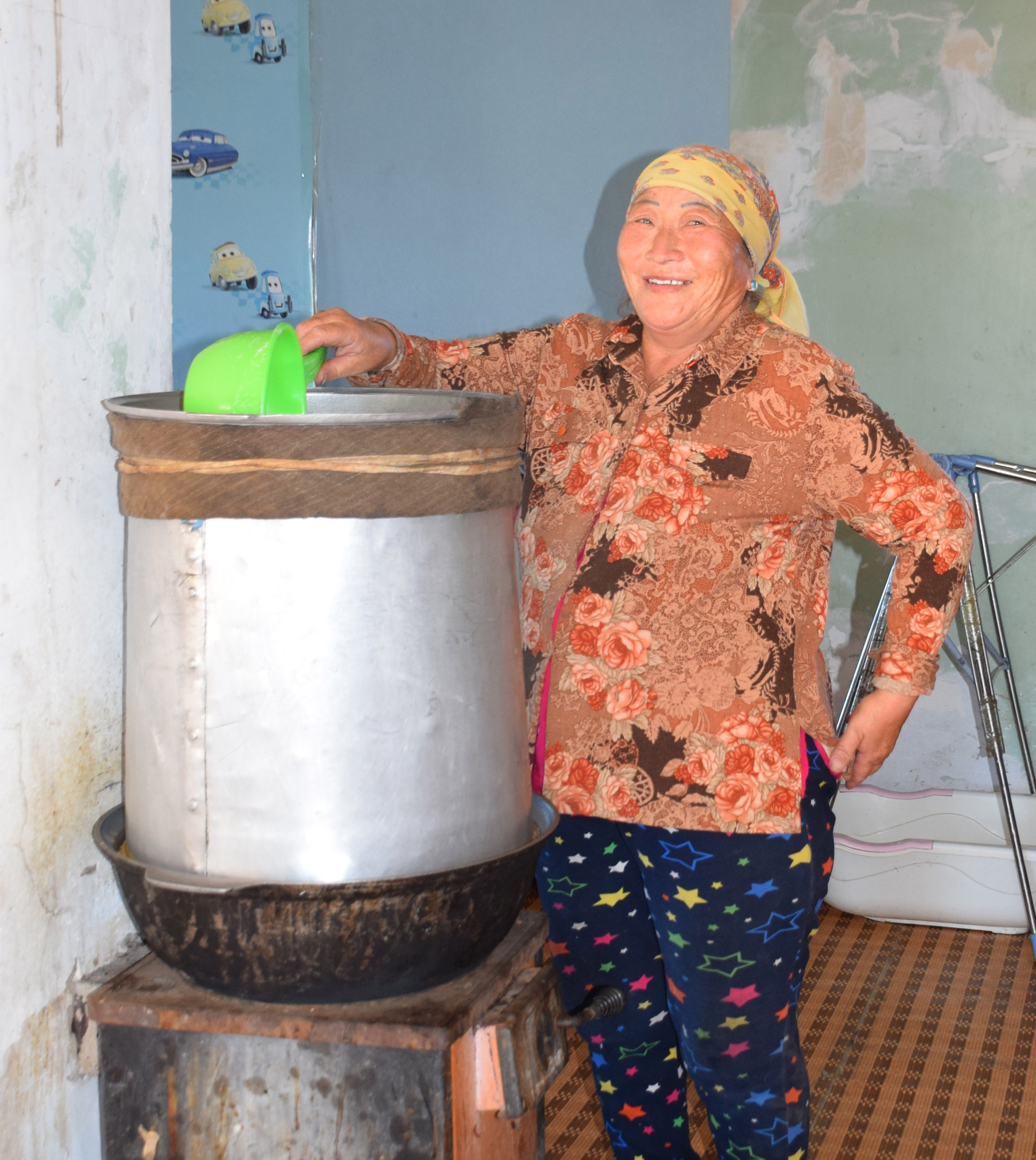 Her house is located in center of Darkhan city where is no pasture for livestock, and in wintertime Bulgaa needs to feed her cows. Originally, she had applied to receive a bank loan but the requirements were too high for her to meet.

After a suggestion from a friend, Bulgaa received her first loan 50,000 tugrik in 2005 as part of a loan group. Since then she has continued to borrow with VisionFund Mongolia and just received a two million tugrik loan. “The solidarity group loan is easy to me because it doesn’t require collateral and the loan granting process is very quick” she shares.

Bulgaa usually spends her loans for her cow farming and invests in her children’s well-being. For example she has built a new house and bought a new car for her son. “It is good thing to have daily income and dairy products from cow farming for retired people like as me,” she said.

In the future, with new loan cycles, she is going to continue her farming, plant vegetables, and buy a new car for her other son.