When war broke out in South Sudan in 2013, Annet and her young family did not know how they would survive the tragedies that followed.

They later fled to Uganda in 2016 to seek refuge, after witnessing first-hand the atrocities of war; mass killings, rape, and more.

She arrived at the Palorinya settlement camp in Northern Uganda with her two children and husband.

There were many challenges: making do with the portions of food relief provided by the Ugandan government and UN agencies, and constant delays in aid due to increasing numbers of refugees coming into Uganda.

She recalls that they had very little clean water and hygiene facilities, which posed a great risk to her health and that of other refugees.

She recalls using the same water to bathe her two children in order to manage the water shortage at the time.

Healthcare was yet another challenge given the proximity between the settlement camp and medical facilities. The humid weather and uncultivated terrain added to security risks.

Annet had a diploma in business administration and was able to secure employment as a community worker with Doctors Without Borders (Médecins sans frontières) for 10 months.

She then had to resort to market vending to sustain her family before joining World Vision Uganda for six months as a community mobilizer in their Refugee Response Program.

In 2019, when VisionFund Uganda started its microfinance program in West Nile and was recruiting field officers from the local community, Annet applied.

Annet joined VisionFund Uganda at a challenging time of her life as an expectant mother and she had been worried that she wouldn’t get the job. 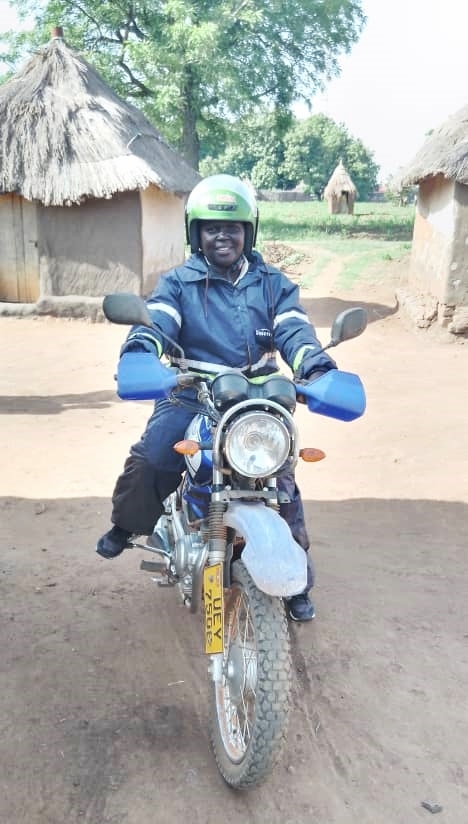 She considers the opportunity at VisionFund a life-changing one.

All her first earnings were used to construct a house on a piece of land given to her by the UNHCR in Dongo Village in the Palorinya Refugee Settlement Camp.

“I am so grateful to God that VisionFund Uganda gave me an opportunity to serve here, and I have been able to progress from Field Officer to Credit Supervisor. This has fully motivated me to work harder, and I am able to take care of my five children and the whole family. I am also very happy that all my other refugee colleagues look at me as an example and are motivated to also work harder,” Annet says.

She remains skeptic about the peace restoration process in South Sudan and does not wish to go back.

She continues to decry nepotism in employment of refugees as well as the segregation of refugees that she sometimes sees in the host communities.

With this job, Annet is supporting her husband, children, and other dependents, altogether a family of eight.

She has many plans and wishes to have the children access better educational facilities in boarding schools, as the quality of education in the refugee settlements are poor.

The financial services community has long questioned how best to provide refugee populations with access to financial inclusion products. VisionFund’s work with refugees is paving the way. Learn more.