Alice Mkumbadzala, aged 35, is a member of a VisionFund loan group. Her husband is Sydney, and they have two daughters - Bennadette and Clemensia. She is a proud beneficiary of VisionFund Malawi loans.

Their Mposa community is reeling from a dry spell that has brought insurmountable loss and hunger to thousands of people who depend on agriculture. Across the continent, 70 percent of people rely on agriculture for their livelihood. Widespread drought that has resulted from El Nino has devastated crops and left people in poverty and dependent on aid.

Living in a community and an economy broken by recurring disasters is not easy. Even simple things like going to school and earning a living becomes unimaginably hard. Bordering Blantyre, Malawi’s business hub and Mangochi, the country’s lake shore region, Mposa is a place where fields yield little and men struggle to find work.

“It was so heart-breaking and we didn’t know what would become of ourselves and the children,” said Alice. “But my husband told me not to lose heart over the loss but to stay focused and use the opportunities that we have to rebuild our livelihood,” she added. 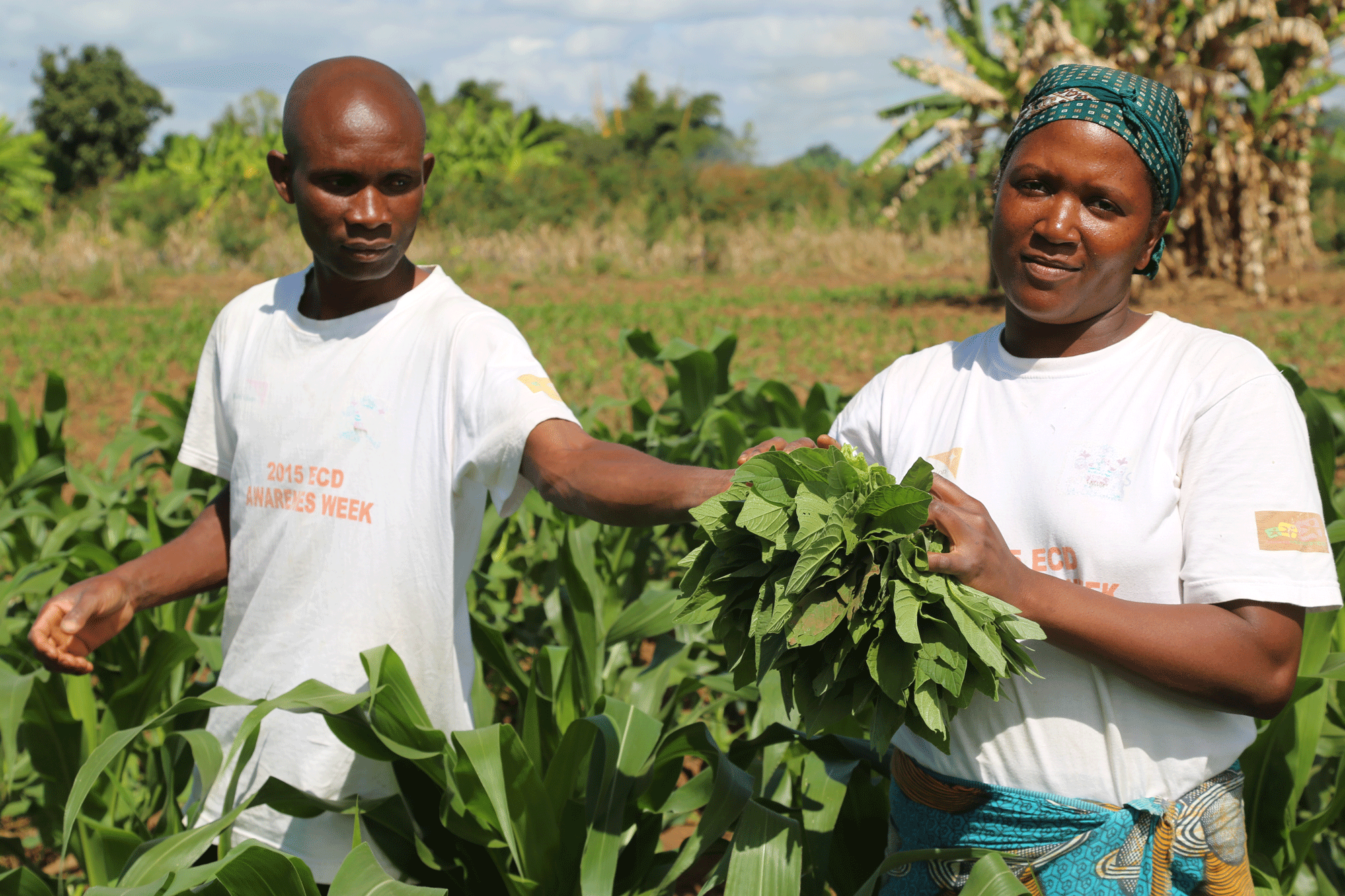 While being worried about food and daily supplies for the children, Alice and her husband were also concerned with the house building project they had embarked on. A year of drought disaster had been followed by another one of floods, and Sydney says that they have been caught between different types of misery.

Having seen the challenges ahead and the need to support their children, Sydney urged his wife to apply for a VisionFund Loan through their Village Savings Group. She got the equivalent of US $70, which they invested in the production of indigenous vegetables, as their garden lay close to a stream from which they could get water.

A few months down the line, Alice says that the VisionFund Loan was well worth it. They bought fertilizer and fuel which was used for the communal pump that irrigates the gardens.

Planted at the end of April, Alice and her husband Sydney have struck gold with their business, and were able to sell the vegetables at the local market as well as to civil servants like teachers who work in the village.

In the entire Mposa area, over 150 people have taken loans to rebuild their livelihoods after the maize crop failed again. The income earned from growing vegetables has enabled women to cover most of their daily costs, including their children's school fees and the family’s health care.

“As small-scale farmers, I believe that we will continue capitalising on the loans so that we can become a strong force to improve food security in our village,” said Alice, who now considers agriculture as her job.

Mposa is a severely marginalized community with little access to financial services. By extending credit to the farmers, VisionFund has helped many farmers acquire assets like goats, irrigation equipment, and even helped others to build better homes.

“If it wasn’t for the loan and these vegetables, I am sure that by today we would have sold our goats or maybe separated, with me going to the city to look for work,” said Sydney, who revealed that some households have adopted costly coping strategies such as withdrawing children from school and reducing food consumption which have long-term impact.

According to Henry Machemba, World Vision’s Programs Manager for Machinga, the loans provided by VisionFund came at exactly the right time when even World Vision feared for the future.

“Since the drought came, our hearts and prayers have been with the children and their families,” said Henry. “With the loans, it is very nice to see how the community has gotten on its feet, investing in farming our small-scale businesses that help children stay in school”.